From mid September to mid December of 2019, as an artist in residence at the FAAP Residencia Artistica in Sao Paulo (Brasil) and in relevance to dystopia within the frame of my artistic activity, I literally scouted a huge part of the city, holding my camera, in order to explore and experience the everyday life of the people in the urban site. Sao Paulo is a city of an extraordinary scale, with a wider coverage area of ​​about 23 million inhabitants, in which one can easily observe the presence of a unique intensity of differences between wealth and poverty. The huge urbanization as a result of the influx of migration waves from the province and also people from foreign countries in search of a better life, brought to surface an enormous housing problem. In this context, the failure of the majority of people to make this dream of theirs come true has created the massive urban issue poverty and homelessness. The inability of the domestic political structures and its weak plans to ensure the effective and orderly way to adjust this phenomenon created a very specific and extraordinary map of human geography in the city. As a result, the huge problem of drugs and everyday crime, which is spreading in many areas, is added to all this. Many areas are ghettoized and distinct from each other, as their social groups do not mingle; even extremely high walls separate rich areas from poor ones (favelas). This series of photographic works depict the conditions in which homeless people exist in this city of inequality. The vast majority of them own just a blanket. Having no food and no access to any kind of medical care, pavements are their mattresses. What is worst is that “normal” citizens are passing nearby them, like this is an actual normality, like nothing is wrong; acclimatized to this kind of inhuman living conditions. 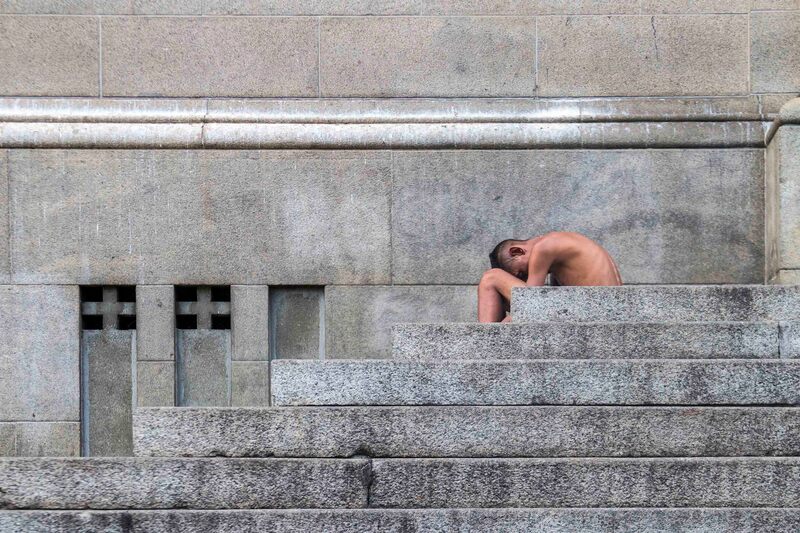 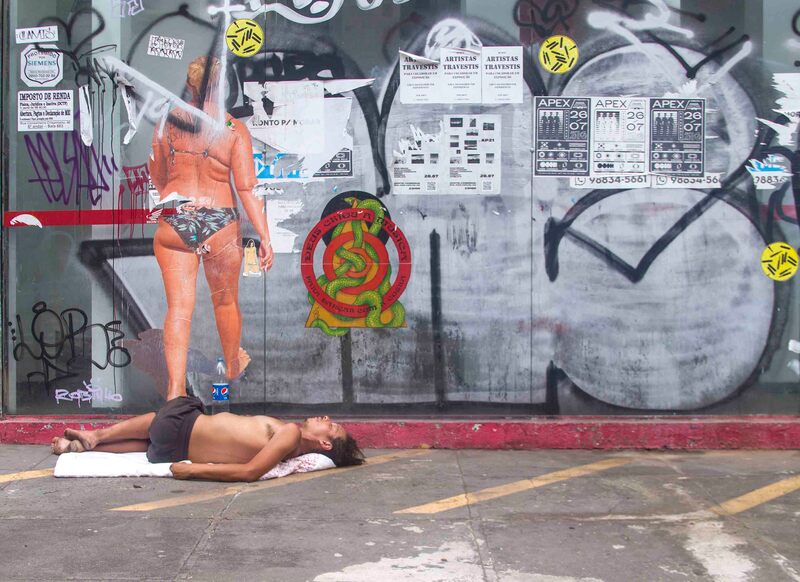 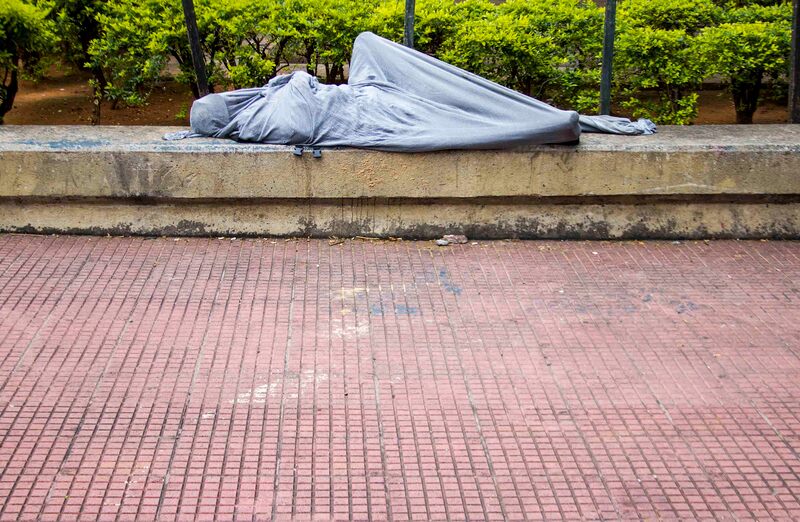 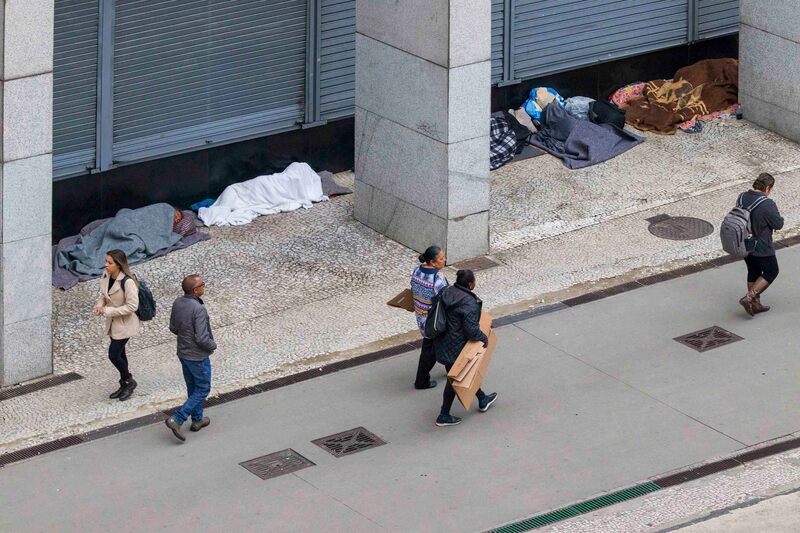 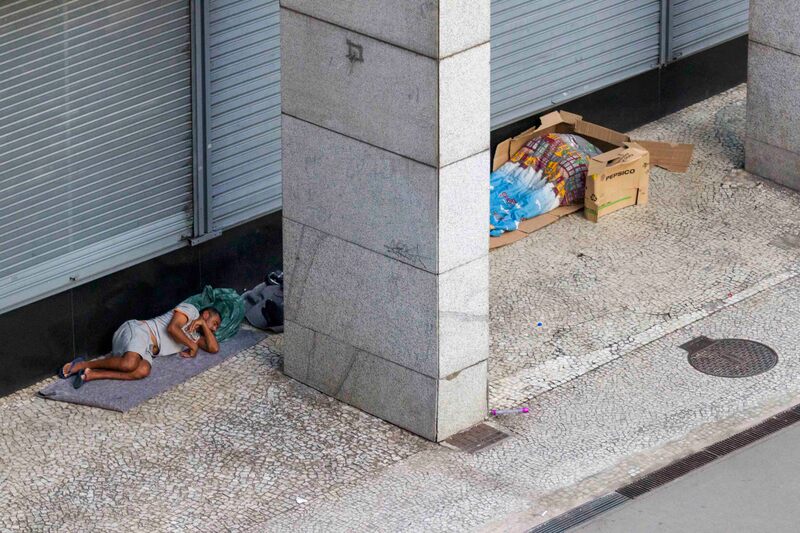 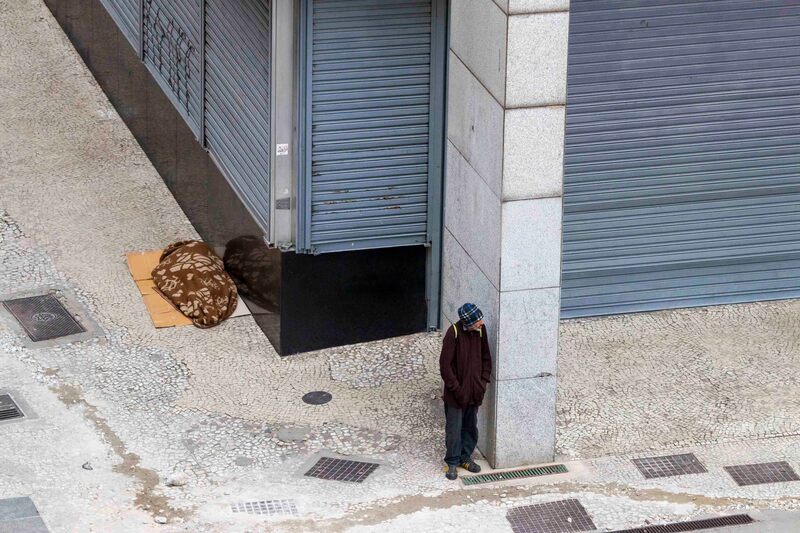 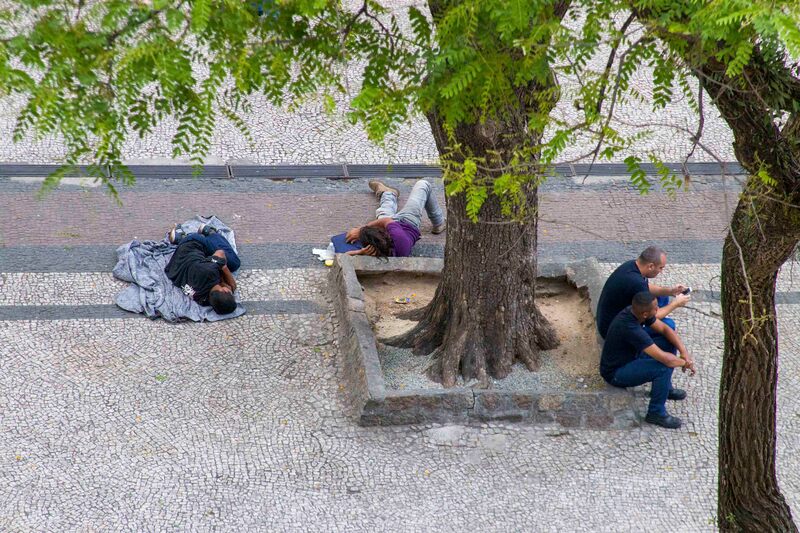 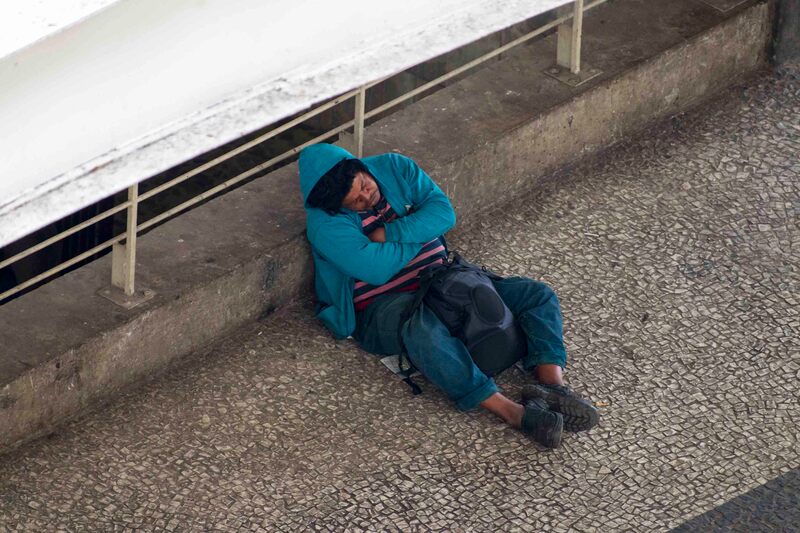 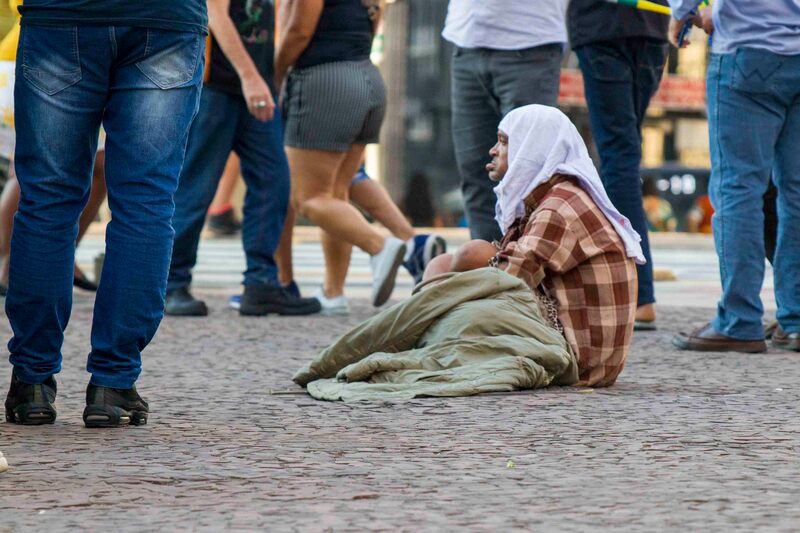 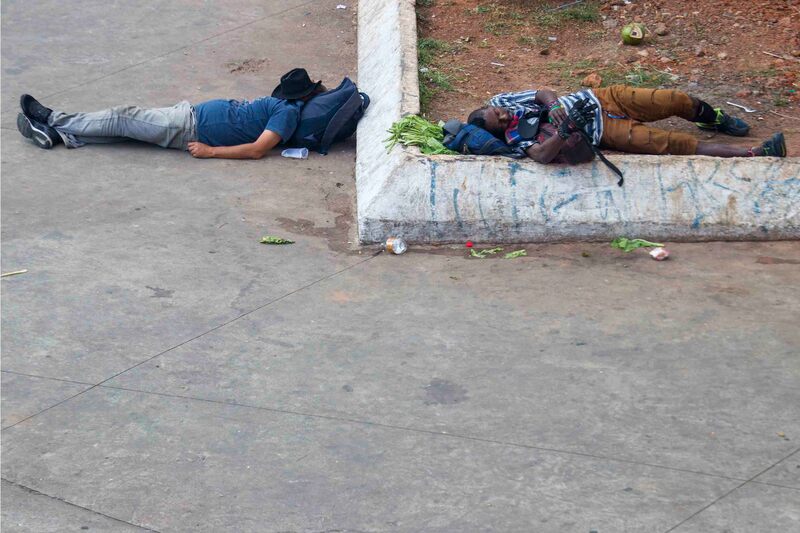 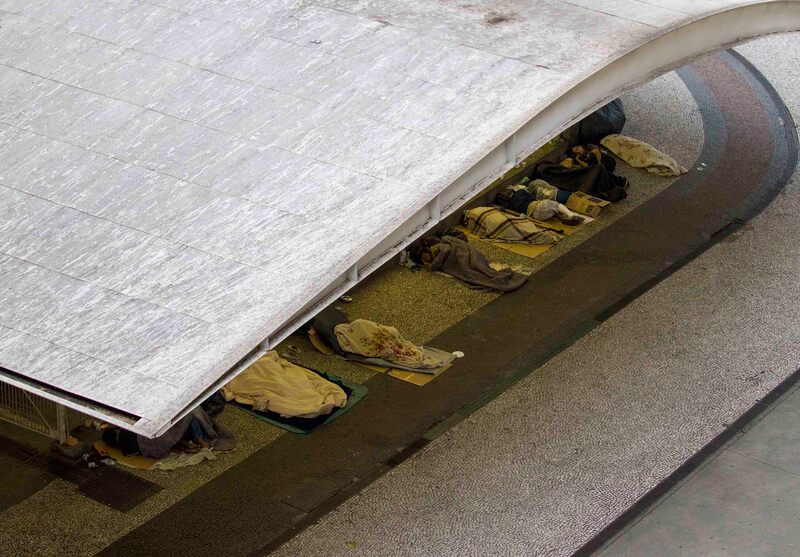 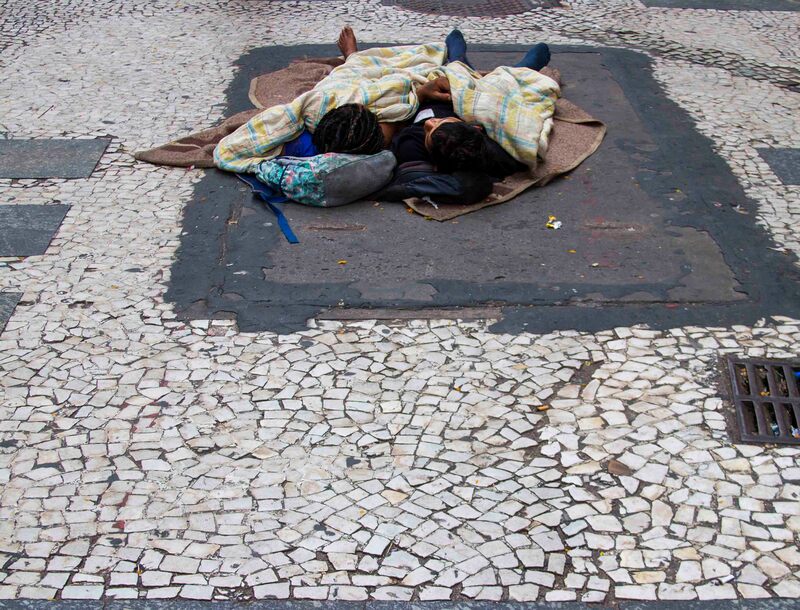 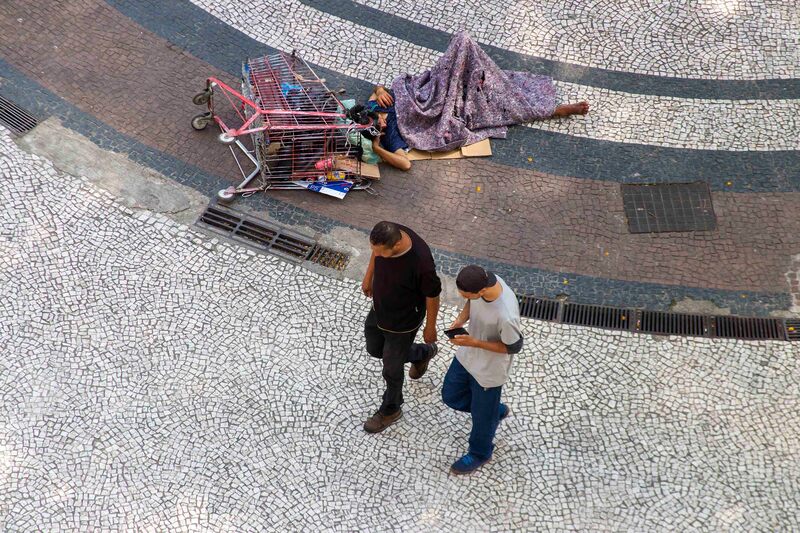 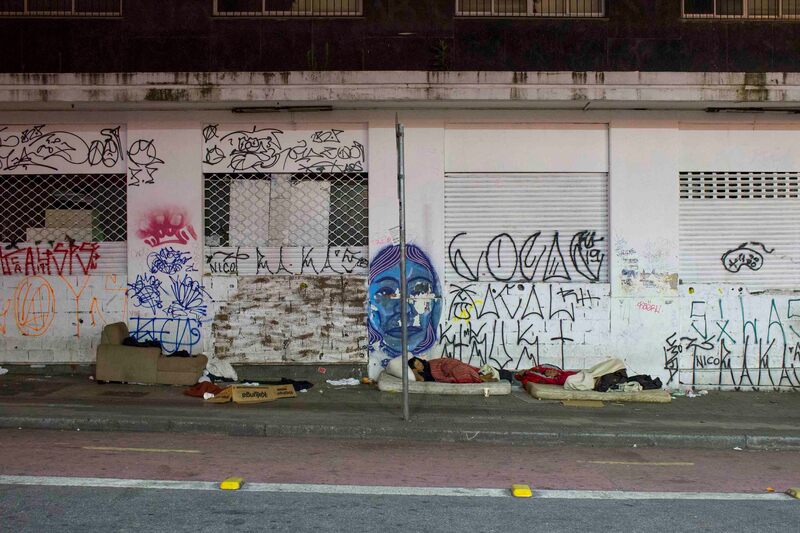 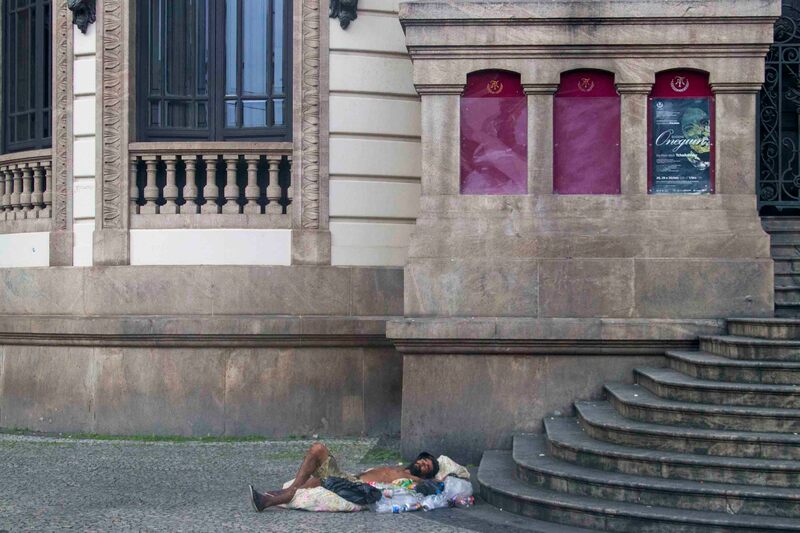 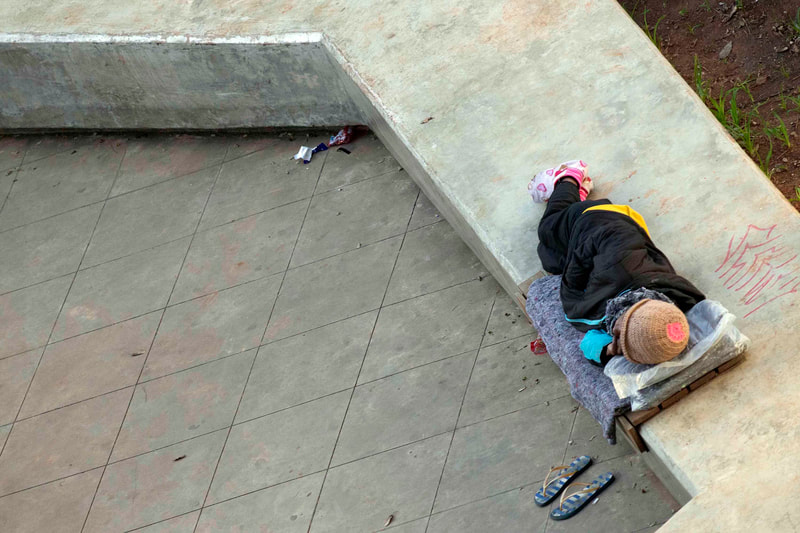 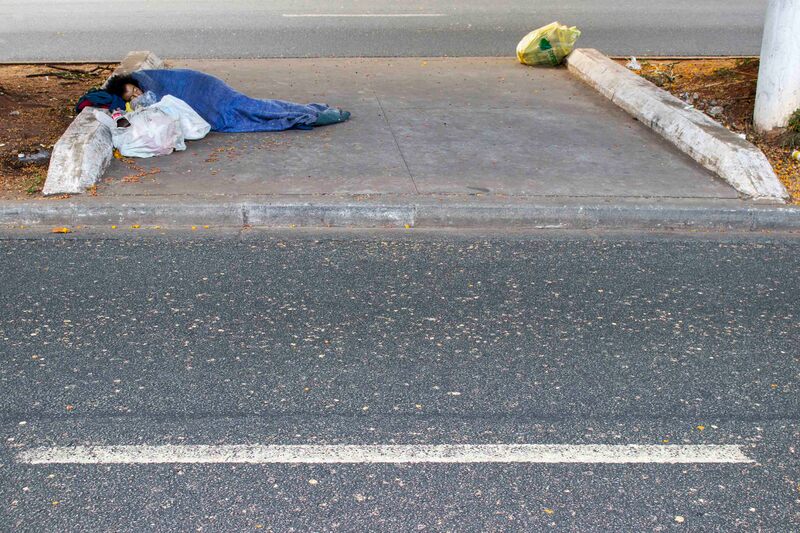 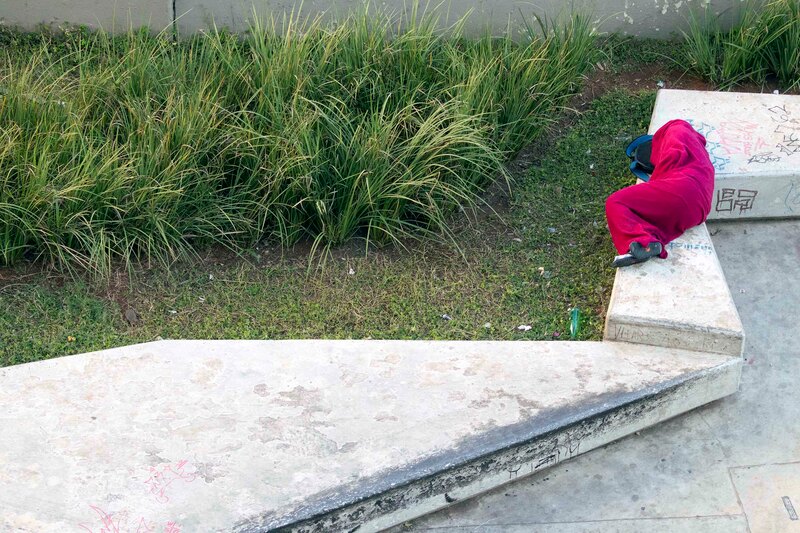 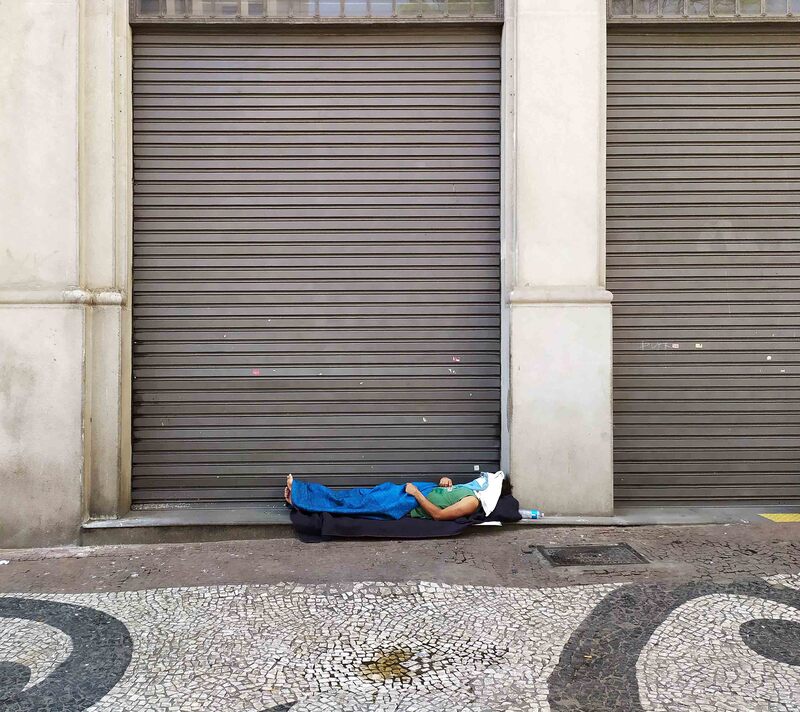 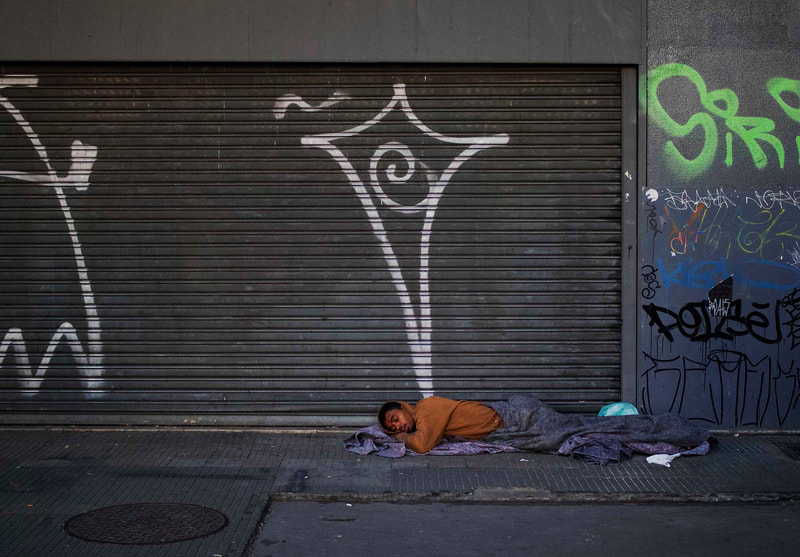 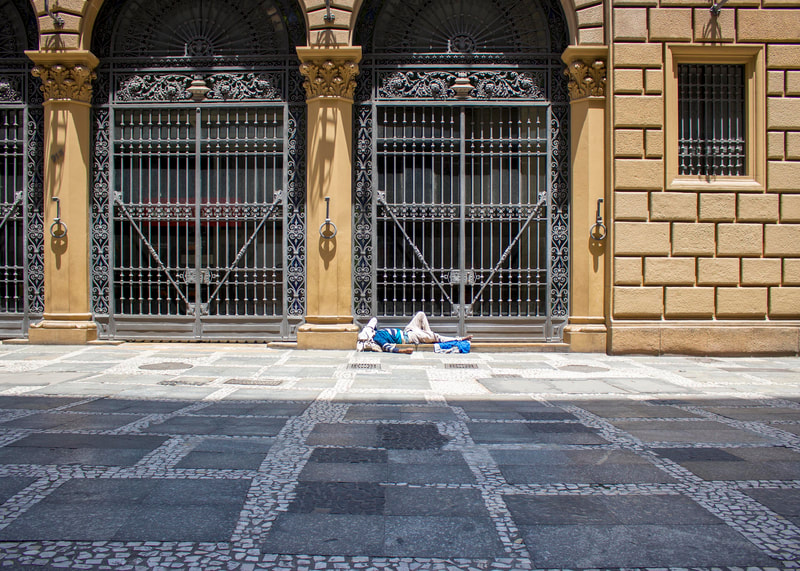 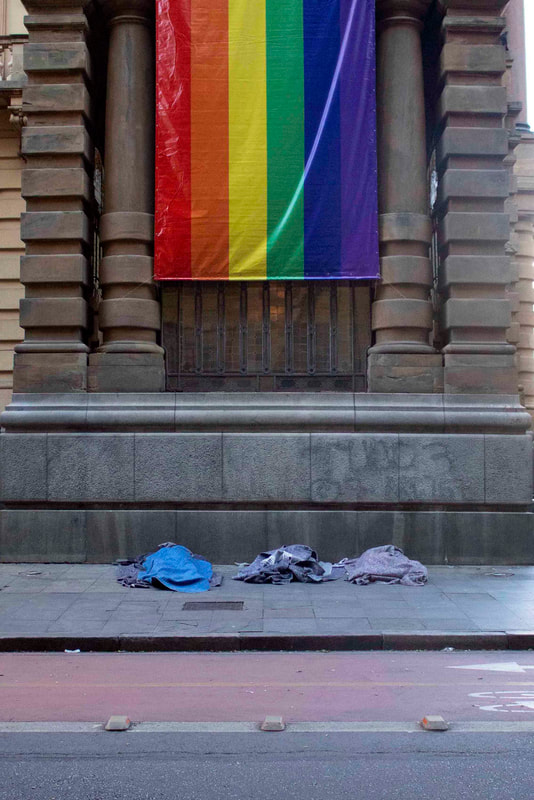 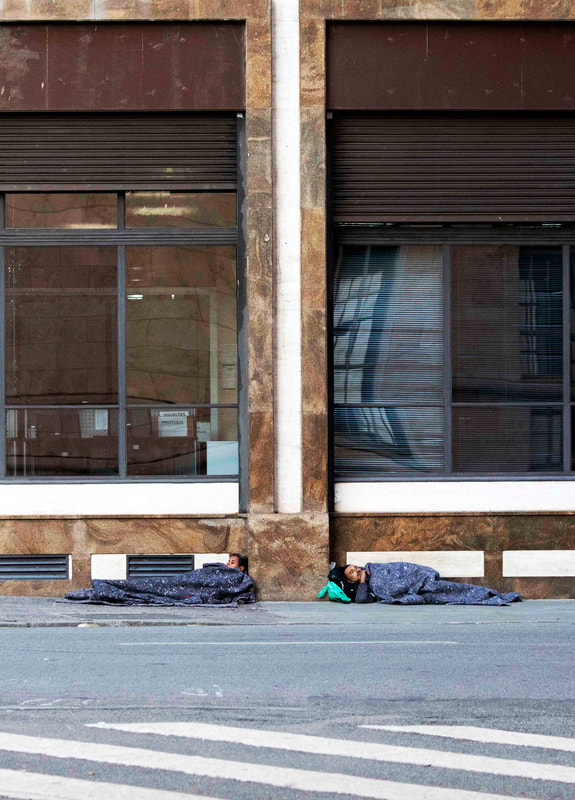 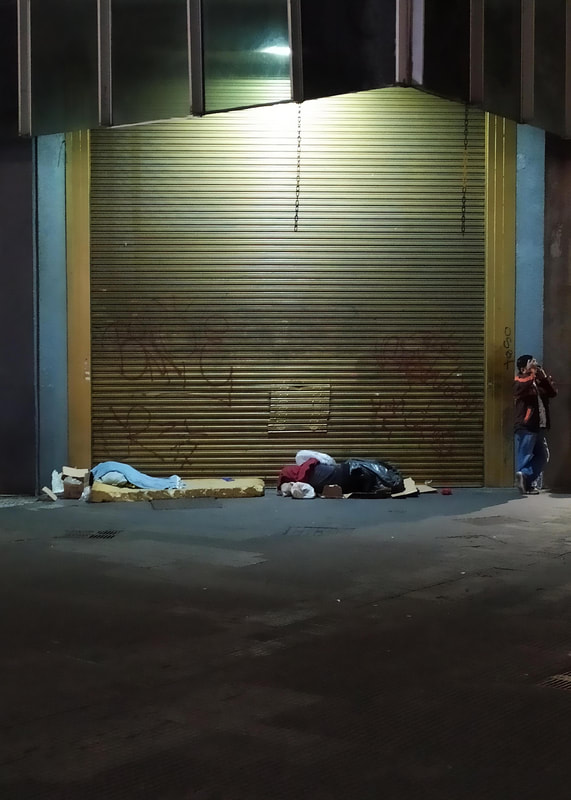 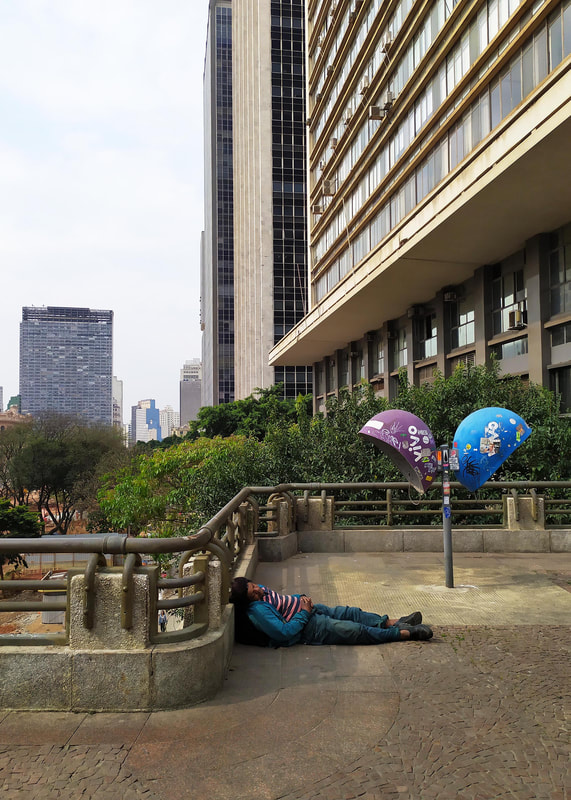 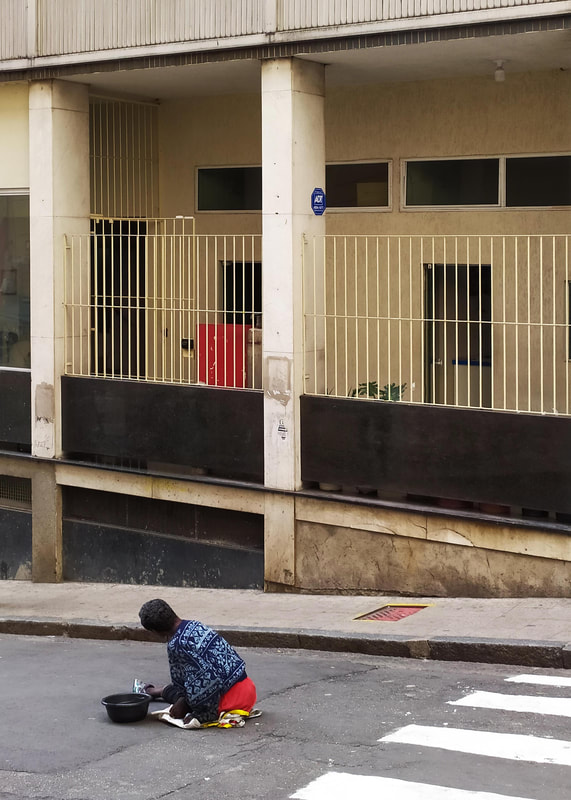 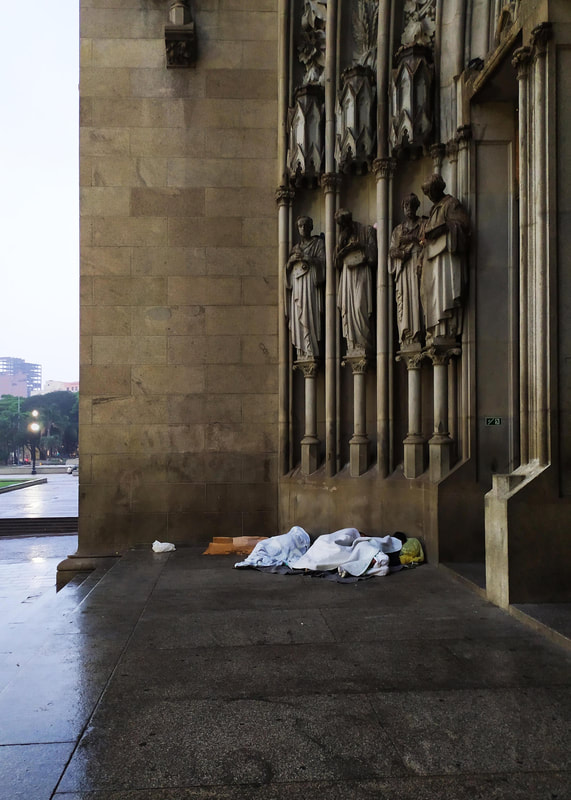