In this visual art project, Tolis Tatolas presents his point of view on a legend, Marlene Dietrich. The way her portrait has been processed, resembles a depiction of her very own world. This is not about a mere portrayal of a persona. The face of Dietrich is only the motive. This penetrating look reminds the analysis, through a visual arts perception, that a biologist would perform on a tissue. It reflects the passion of a scientist who hopes to discover the truth.
Tolis Tatolas apart from his identity as a visual arts artist possesses one more: he is a biologist. The science of biology appears to be interconnected with his artistic perception and activity. It facilitates the methodology of his work (observation-documentation-analysis-synthesis) and the way he perceives reality.
He approaches Marlene Dietrich with an attitude of radiography and analysis. He uses different techniques, not because of need to flaunt his skills, but because of a need to perform. At the same time, he distances himself from hyperanalisis by maintaining a safety distance, in order not to shatter the spontaneity and randomness found in his syntheses. While these particular works are emotionally charged, the artist does not slip into sentimentalisms and, he is interested in the substantive influence of Dietrich in the art world.
His agony to document invisible fragments of this legend’s personality, through a psychanalytic approach, is expressed with a repetitive obsession. He rehearses the exact same pose dozens of times. Every still in these linocut print monotypes resembles a trial, which prepares the next work.
At the end of the reading of each portrait, there is always a question. A sense of incompleteness. This is as well a prominent reason for which the works are interesting. They render an artistic undertaking which captures the aura Dietrich has passed on to the younger generations.
Manolis Iliakis, MA, BA (Hons)
Lecturer of Architectural Composition
University of Derby 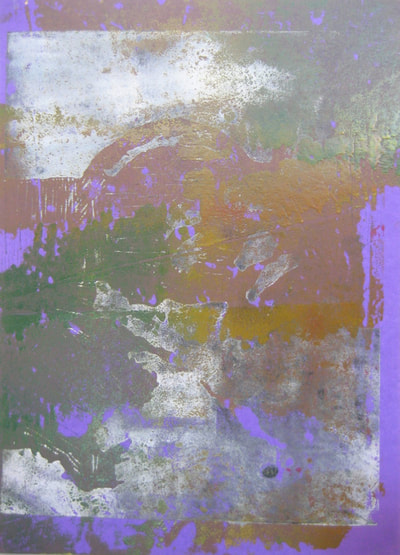 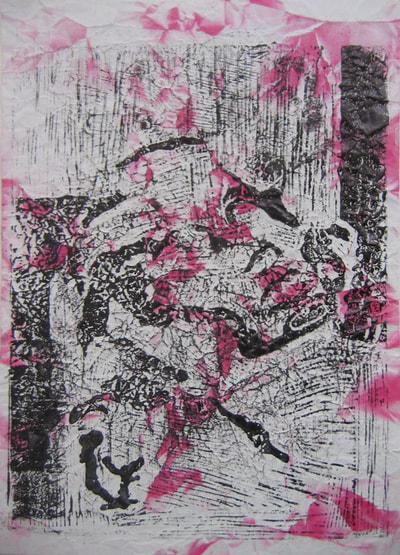 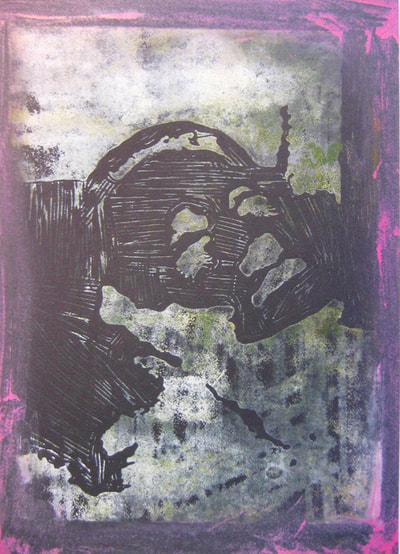 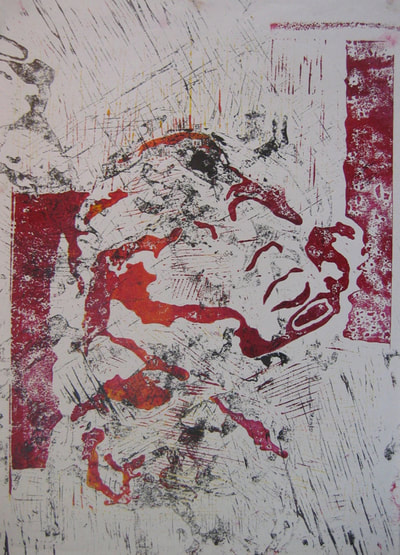 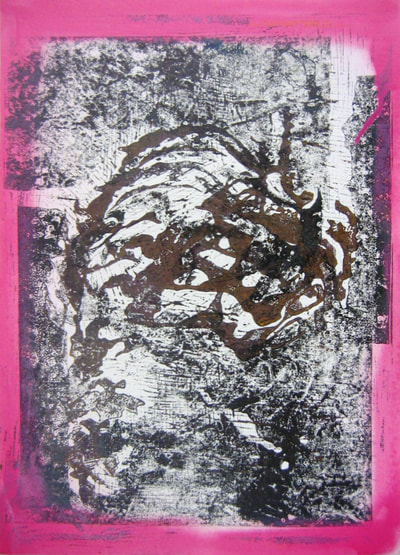 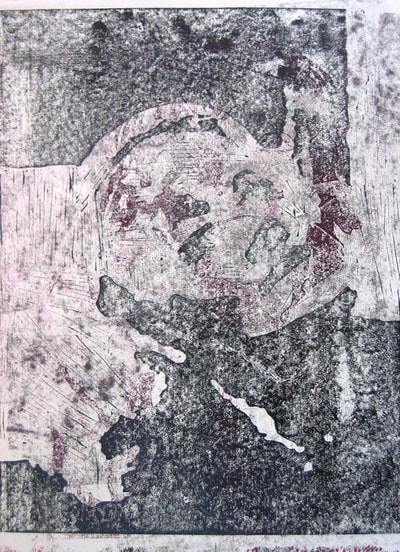 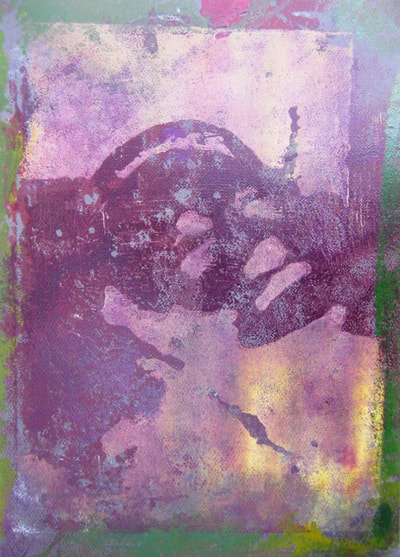 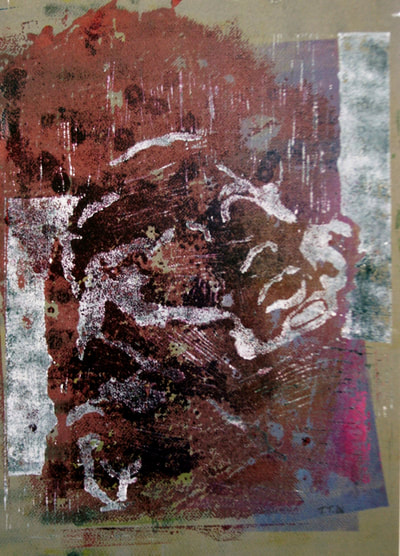 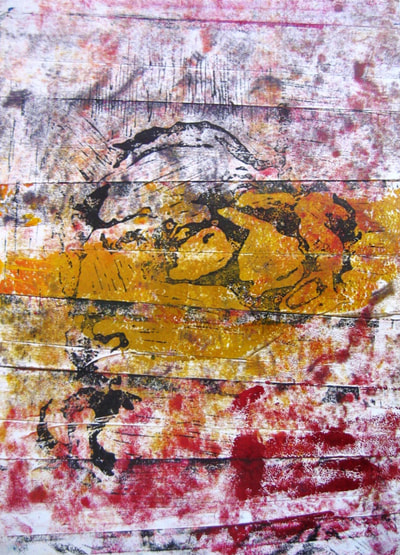 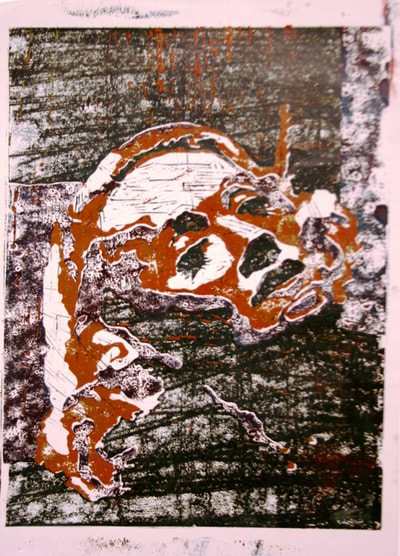 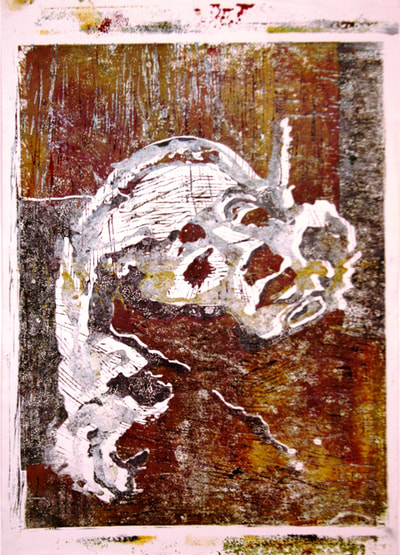 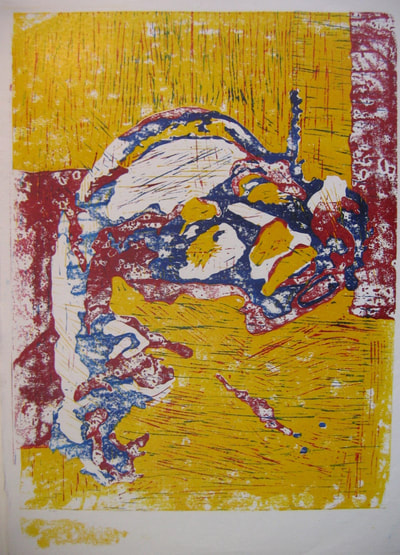